Are you looking for some best PS4 games to play with wife? If you both are gamers, there will be no problems with finding one. However, things would become complicated when only one of you is used to playing video games while the other is not.

Here is a list of the best-recommended PS4 games that involve teamwork, communication, and cooperation. Also, they are simple to play and enjoyable for those seeking a more relaxed experience. So, no need to worry about a sudden mood change when you two start to rival each other.

1. Lovers in a Dangerous Spacetime

This game is an indie success that starts easy to grasp but becomes increasingly challenging to master even as the game develops. In this adventure, players are in control of a spaceship that is traveling the galaxy.

That’s not always simple because there are many adversaries and perils to contend with. In addition, because it is a large ship, numerous stations are surrounded, making it challenging to transfer swiftly to another location.

Multiple players may hop about the spaceship and maintain characteristics like guns, engines, and shields, which is where having coop accessible will be helpful. In addition, you’ll be able to improve your spacecraft as you advance, giving it a distinctive load-out.

Also, the stages are randomized so that each time starting the game; you’ll find things fresh to discover and battle through. However, unlike the other game titles, you may play this Lovers In A Dangerous Spacetime game with more than two people.

Who wouldn’t like to act as Earth’s strongest military heroes in Lego Marvel’s Avengers, especially with the Avengers series dominating the film industry over the previous decade?

In Lego Marvel’s Avengers, you two can pick from a range of your favorite villains and superheroes; each has its unique abilities and skills, as you and your companion work to rescue the world via a series of exciting, action-packed stages.

Players may also freely wander NYC’s streets and other well-known locations inside the Marvel world.

Because Minecraft is such a global phenomenon, chances are you’ve heard of it. It is possible to construct infinite worlds, which allows for a pleasant and even restful game enjoyment.

The main goal of this game, as previously said, is to investigate and live in a world full of friendly beasts, NPCs, and vicious monsters. When you first start the game, you’ll have to construct, hunt, harvest, and keep your energy and starvation in check.

Meanwhile, you will be able to discover and locate ideal locations for establishing a base. After that, it is all about progressing, establishing a system to keep supplies up to date, expanding your ground, and acquiring better equipment to make the whole experience smoother.

Suppose you do not want to play survival mode. In that case, another creative way is available to allow players to actively construct without the risk of losing a life, valuable goods, or progress. This game may accommodate up to four gamers in a local setting or eight people online.

The ConcernedApe produces Stardew Valley, which was inspired by the Harvest Moon series. The PS4 game puts players in charge of ancient, rundown farmland to revive the business by growing healthy crops and raising cattle.

This game will involve cutting weeds, clearing fields, sowing seeds, watering plants, caring for livestock, delivering food, and gathering commodities. Although the game has received a lot of positive feedback from the social network, it is difficult to get such a multiplayer game to work.

There seems to be no support for split-screen; therefore, if you want to play multiplayer, you will have to do it online or over LAN.

Moreover, its platforms must be different; therefore, if you want to enjoy the experience of creating a farm and making choices about how to develop it, you will need one more PlayStation 4 machine, each with a copy version of the game.

If you have both a PS 4 and a copy, you may find yourself paying countless hours customizing the farm.

A Way Out borrows heavily on the Oscar-winning film The Shawshank Redemption, which depicts a man’s effort to flee a prison. However, this PS4 game is a little different in that it takes two players to complete the campaign.

In general, A Way Out takes two guys who have been imprisoned and intend to escape; they cooperate to sneak about the jail and gather the many types of equipment needed to accomplish a safe escape.

Consequently, the display is separated into two halves to accomplish tasks by seeing where each actor is. This game may be as easy as confusing a guard so the secondary gamer can enter an off-limits area.

Overcooked has two editions, although both offer the same general gameplay premise. Players labor in a kitchen arranged in some very bizarre places in this PS4 game. It is about being accurate and adapting to problems that arise during games.

The game is best played with a group of people, although even two people may have a good time. You will have to manage a dining room that is continuously relocated due to natural calamities such as storms and then set up in different trucks down the street to prepare food.

A small blunder might result in a meal being ruined. Similarly, since the map adapts, you may find yourself imprisoned in one part of the kitchen, forcing you to reconsider your approach to completing a meal early and correctly.

Will you give in to the pressure of having too many orders to finish on time? Prepare to shout at the other to keep your gamer alert to which station has to be maintained at any given time.

Here are some related questions that we have collected while researching this field.

Yes, you can. One method to achieve this is to use the PS5’s backward compatible feature. Many PS4 game titles will be scaled up to 60 frames per second, making them even more attractive. If you already have a PS4, just log in with your account on the PS5. It will provide you accessibility to your previously purchased digital games.

What is the maximum number of controllers that the PS4 can connect to?

For simultaneous play and split-screen, the PS4 supports four wireless devices at the same time. Nonetheless, you can charge two devices at once.

It is a decrease from its PS3 counterpart, which could handle up to six wireless controllers simultaneously but finding a game title that could utilize all of them might be challenging. In addition, by default, the PS4 is not fully compatible with the PS3 controllers.

If you desire to play with far more than only four players at once, spend on an Xbox One that can accommodate up to eight controllers.

How to connect controllers to PS4?

To access two controllers to the PS4, first link a controller to the PS4 using a USB connection.

While the system is on, push the PS logo in the middle of the controllers after it has been connected. After hitting the PS button, your controllers would be allocated a number from one to four.

You can rely on the instructions of this video to better understand how to connect PS4 controllers to PS4.

Above are the 6 best PS4 games to play with wife we have collected. Each of them has its own perks that should bring unique experiences and fun to every couple. Under any circumstances, you should first ask your wife and let her choose the one that best fits her preference.

Have a great time with your significant other. Wish you all the best! 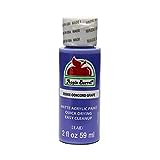 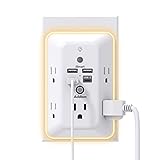 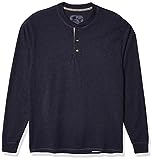 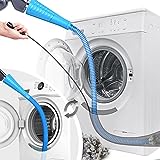